In 2019, Julia Streuli, Sara Guaglio and Cristina Prat saw a big opportunity in one of the tiniest organisms on earth: a type of blue-green microalgae called Spirulina.

The ladies came across Spirulina while researching alternative proteins in the sustainable food sector. This superfood, they learned, was more than just nutritious. It could be grown in a highly resource-efficient manner, converting CO2 into oxygen, nitrogen and nutrients — and had done so for billions of years. It could also be produced with limited freshwater and without the use of arable land or fertilisers and pesticides, unlike most plant-based proteins.

Spirulina, they thought, could be the crucial component they needed to achieve their shared vision: starting a company that proactively addressed climate threats posed by the food system. Those instincts were right. One year later, they co-founded FUL Foods, a foodtech startup with a mission to scale future-proof nutrition through its microalgae-based F&B brand. Since then, FUL has launched a proprietary biorefining technology that recycles CO2 from carbon emissions to produce nutrients.

To produce Spirulina, FUL Foods employs a closed-loop system that converts more CO2 into oxygen and nutrients than it emits. They source CO2 from industrial waste streams and use it as primary carbon source for their microalgae cultivation. Water used during production is also collected and reutilised after Spirulina is harvested. The result is the ingredient FUL® that is now incorporated in a refreshing nutrient dense drink with a distinctive blue-green colour that has the feel and taste of a soft drink, but without the empty calories, caffeine or added sugars and with all the health benefits of fruit juice and superfoods.

Currently, Revive is available in the Netherlands, Belgium and the UK; in the next two years, it is slated to reach North America, Asia and other European countries. 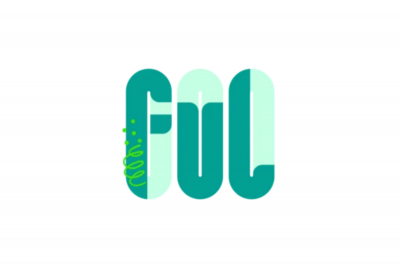 We use cookies to personalise content, to provide social media features and to analyse our traffic. We also share information about your use of our site with our social media and analytics partners who may combine it with other information that you’ve provided to them or that they’ve collected from your use of their services. You consent to our cookies if you continue to use our website.